Dan Silvestri is a self taught photographer who developed an interest in photography during his high school years. In 1969 he noticed a commercial photo studio, walked in and asked if they needed any help. On the basis of a small black and white portfolio he accidentally began a career. He attended Eastern Kentucky University and the University of Kentucky but never graduated due to distraction by photographic opportunities. 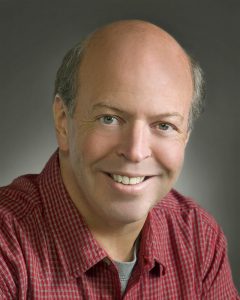 In 1974, Dan co-founded Impact Photography, a studio which specializes in commercial, Industrial and advertising photography. After three years, became the sole owner of, what is now, the largest commercial studio in central Kentucky, and has produced advertising images for national, regional and local clients to present day. His work has appeared in all forms of media and has earned him numerous competition awards and has established a reputation for creative and technically superb images.

His personal interests tend to have their ups and downs. Since about 1985, caving has been his primary diversion from everyday life. A friend convinced him that the underground was extremely photogenic…he was right. One of the trips involved a vertical decent (on-rope) of 586 feet into an Alabama cave. It is the second deepest pit in the U.S. Then in 2004, he accepted an offer to accompany a client to Africa for a kind of documentation trip. The journey included an expedition to the summit of Mt. Kilimanjaro in Tanzania, and two additional weeks on safari.

We’d love to hear from you!